GOW is a historical reconstruction of ocean waves, developed by IHCantabria. GOW has been generated from the spectral model WaveWatch III (WWIII, Tolman, 2014) to obtain homogeneous, continuous and long records of wave climate.​

Wavewatch III is a third generation wave model developed at NOAA-NCEP. It solves the spectral action density balance equation for wave number direction spectra. The model can generally be applied to large spatial scales and outside the surf zone. Parameterizations of physical processes include wave growth and decay due to the actions of wind, nonlinear resonant interactions, dissipation (whitecapping) and bottom friction. Apart from the setup of the model, bathymetry, ice cover and wind forcings, databases are crucial for a good historical hindcast of ocean waves.​

​The different versions of GOW encompasses several hourly reanalysis at different temporal coverage and spatial resolutions. The last version is GOW2 that is composed with multigrids. GOW2 have been running simultaneously using two-way nesting. The multigrid is composed of four regular grids. The Figure 3.1 shows the global parent grid (0.5ºx0.5º), the two regional grids covering the Artic and Antarctic areas (0.25º latitude x0.5º longitude) and the grid covering continental coastal areas and osean islands globally (0.25ºx0.25º). Hourly ice coverage and winds from the Climate Forecast System (CFSR, Saha et al., 2010) were used as forcing from 1979 to 2010 and CFSv2 from 2011 to ongoing, that can be considered a homogeneous extension of CFSR. Wave interactions with currents have not considered. 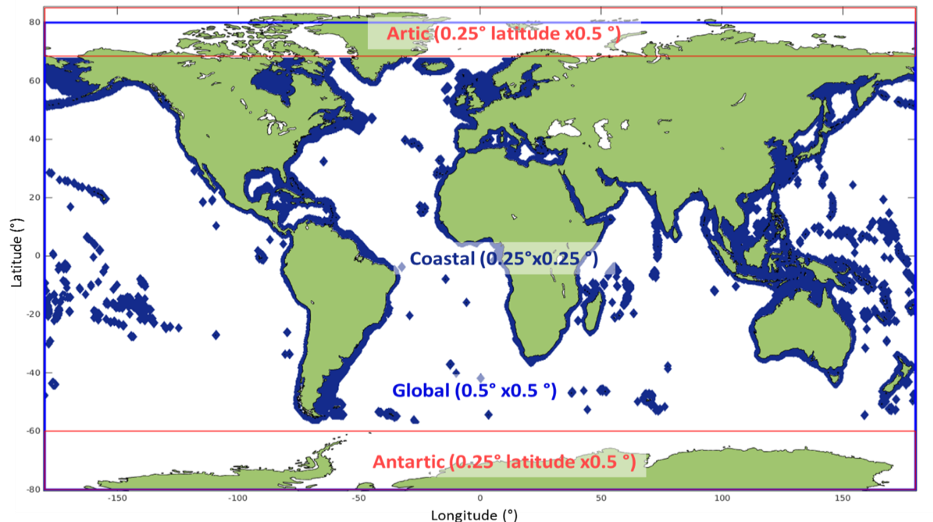 Figure 3.1. GOW2 domains. The series of 3-h spectra are available in the coastal domain points.

As well as several regional wave reanalysis of other GOW projects are available in Europe, south and center America or Arabian region, adequate configured model and input forcings have been used for each project. The Figure 3.2 shows the regional domains in the European zone, more information about the regional domains in Europe can be found in Perez et al. (2015). Details about the first version of GOW can be found in Reguero et al. (2012a) and Reguero et al. (2012b). 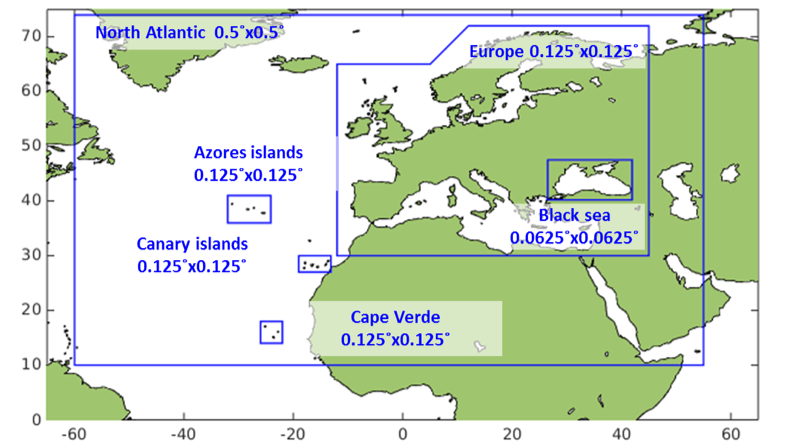 A exhaustive validation procedure have been applied to each version of the GOW hindcast using instrumental information. For this particular issue, we have compared wave model results with measurements from deep-water buoys at different locations and altimeter data.

After of the validation procedure we can conclude that GOW provides high accuracy information on wave climate worldwide (figure 3.3). The correlation values are high, generally above 0.9 in the tropics and extra tropics, the Bias error can be considered to be negligible (less than 5 cm) in large areas over the ocean.​