DOW is a historical reconstruction of coastal waves. In order to obtain wave data in shallow waters and due to the scarcity of coastal observation measurements, ocean wave reanalysis databases ought to be downscaled to increase the spatial resolution and simulate the wave transformation process. Due to the computational cost of hindcasting 60 years of hourly coastal waves, DOW is a hybrid downscaling combining a numerical wave model (dynamical downscaling) with mathematical tools (statistical downscaling).

The procedure developed to build the DOW products is described in detail in Camus et al. (2011a, 2013) and can be summarized as follows:  a calibrated GOW dataset has been used to select a representative subset of sea states in deep water areas. The subset guarantees that all possible sea states are represented even capturing extreme events (Camus et al., 2011b). The selected sea states are propagated using the SWAN wave propagation model with high spatial resolution over a detailed bathymetry (i.e. figure 3.5). The time series of the propagated sea state parameters at each particular location are reconstructed using a non-linear interpolation technique. 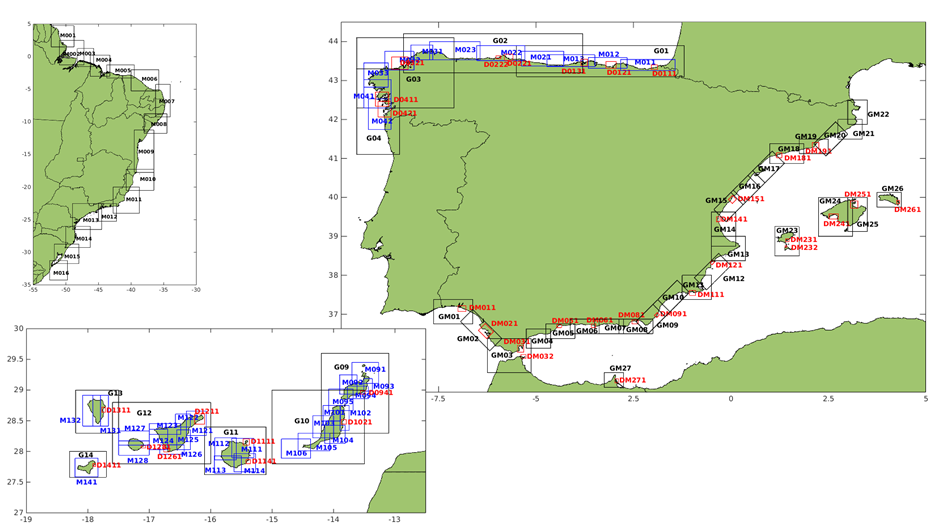 The ability to reproduce hourly time series of coastal waves has been validated by comparing DOW and buoy records. The results confirm that the proposed methodology is able to reproduce the time series of wave parameters at coastal areas, even for energy estimation (see figure 3.5.). 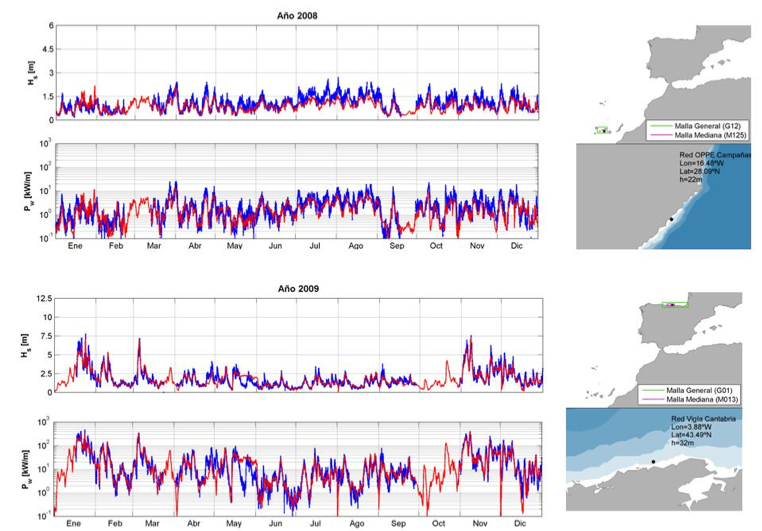